Yellowstone National Park is the world's first national park, with 2.2 million acres (1 million ha) of incredible wilderness, abundant wildlife, geothermal wonders, and fascinating history. This huge park has an incredible variety of activities for you to enjoy depending on the time of year, the area you will be staying in and the things you are interested in. There is no better way to make the most of your visit than by seeing Yellowstone on a private tour guided by Cara McGary a wildlife biologist based in Gardiner, Montana .

We know Yellowstone trips are a challenge to plan, so we have designed the site to help you decide based or what activities you would like to do and what areas you will be visiting. We offer the most options for trips in the northern parts of Yellowstone because this is the area that we know and love best! If you are staying inside Yellowstone, we can meet you at a central location that will give us strategic access for our activities. Choose from year-round wildlife watching trips,  day hikes, backpacking, cross country skiing & snowshoeing and other custom adventures. 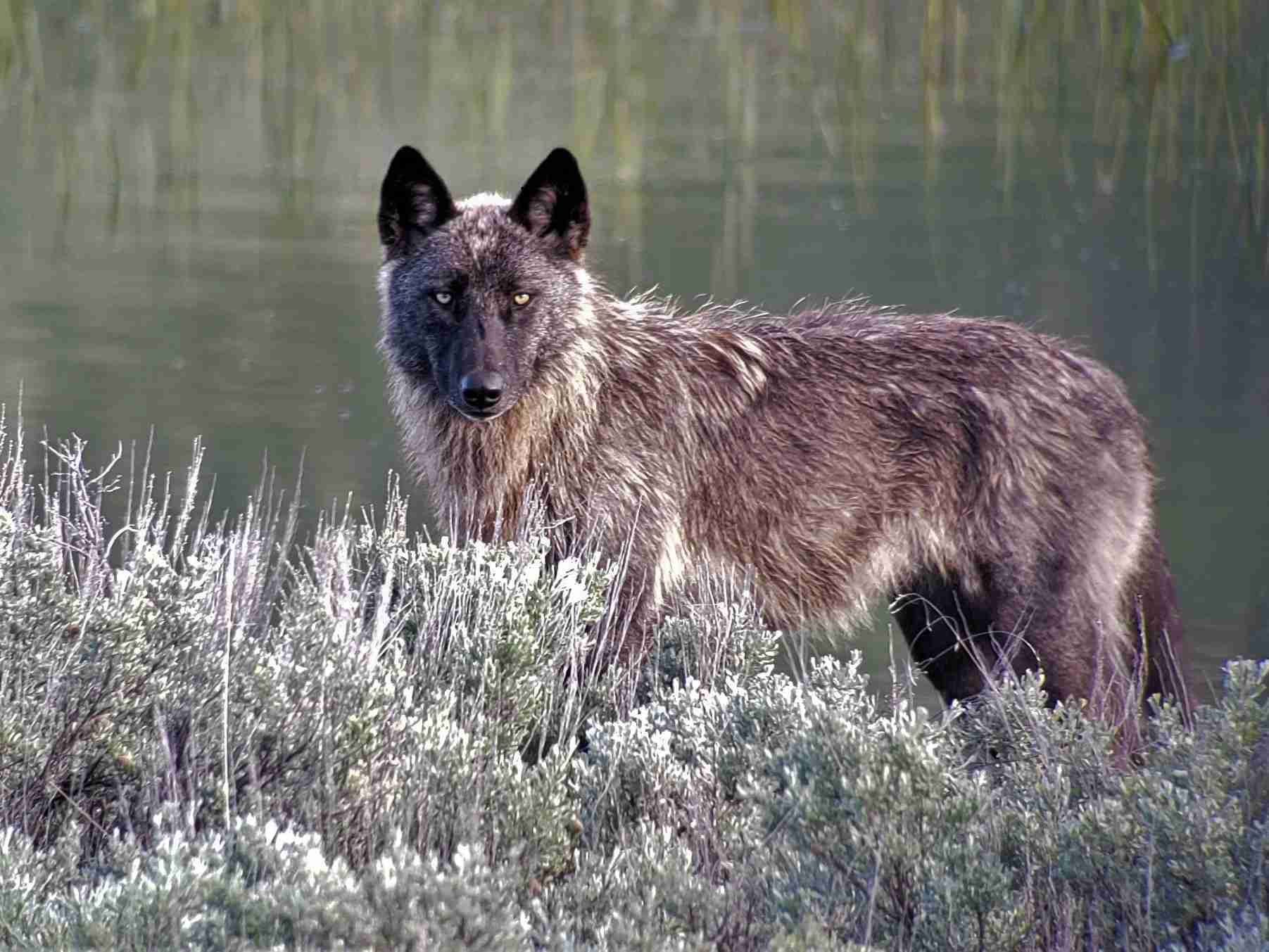 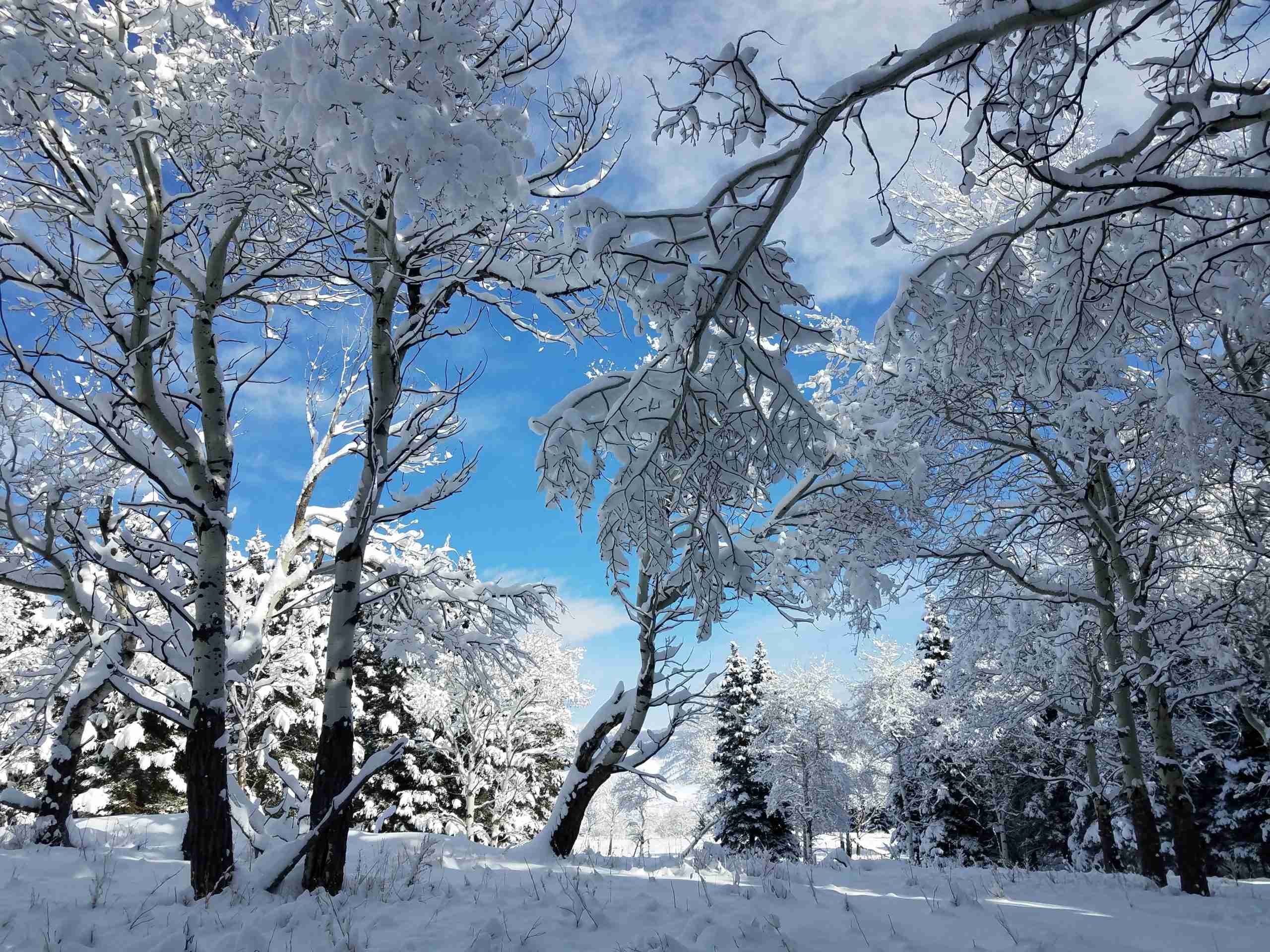 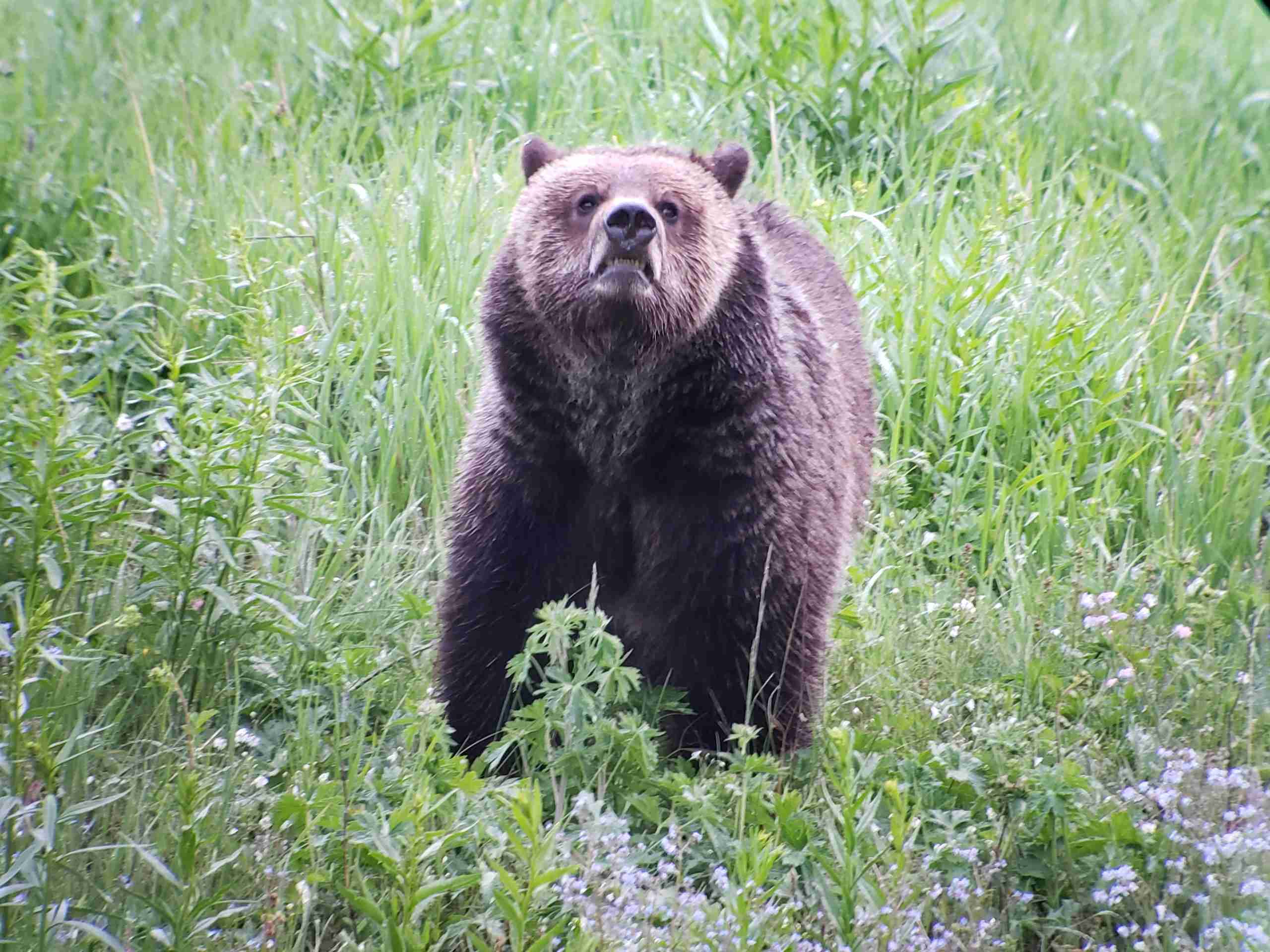 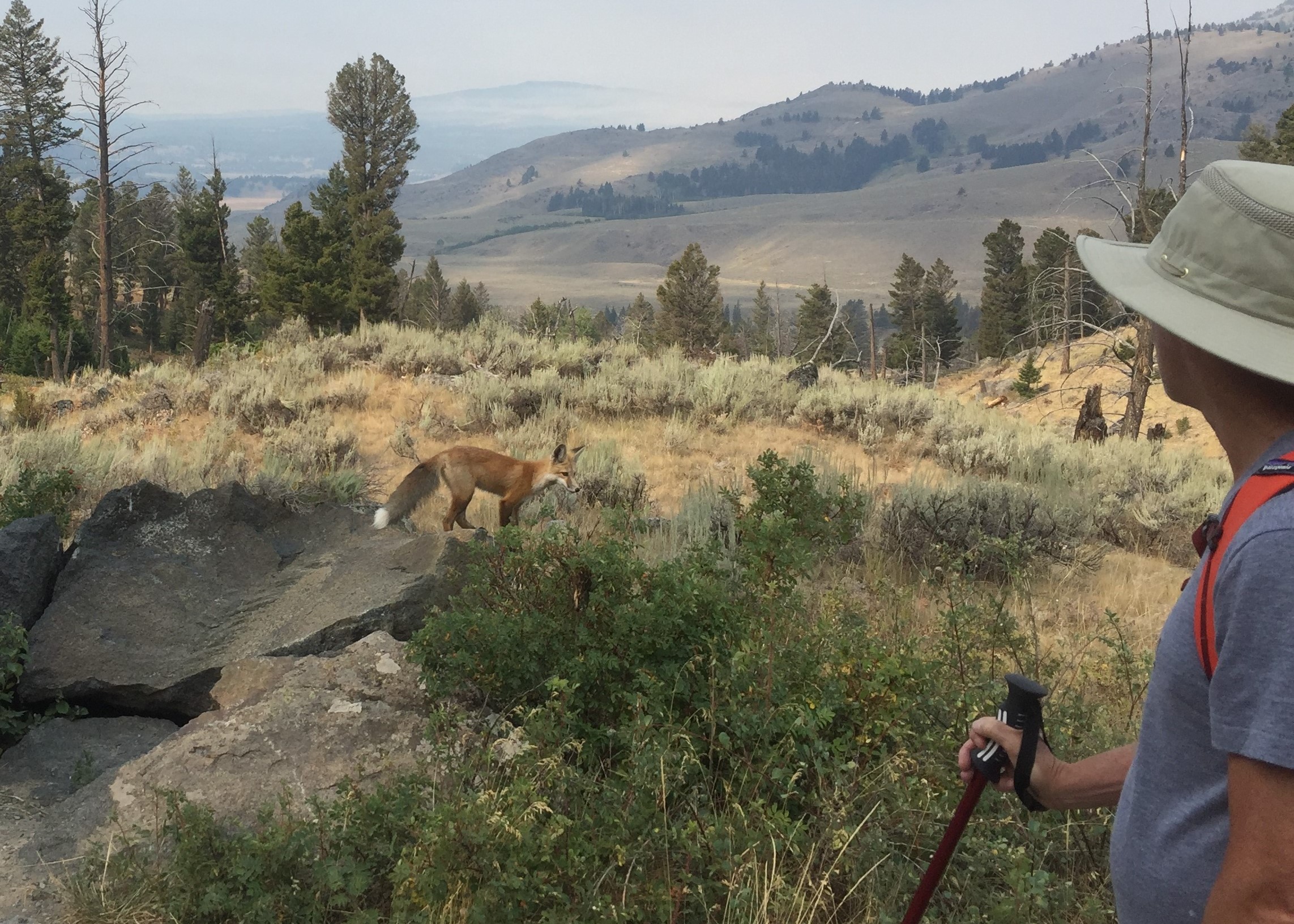 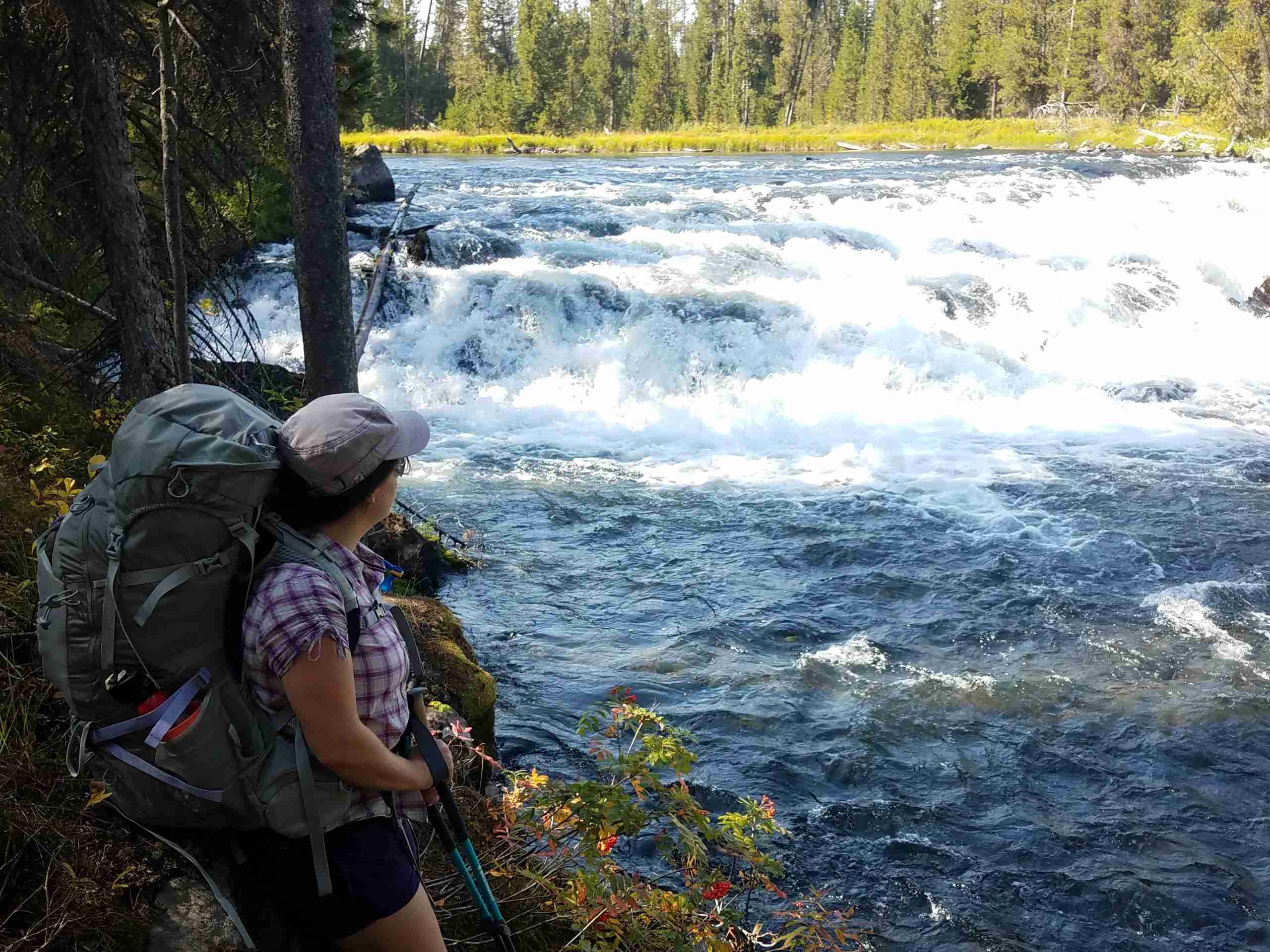 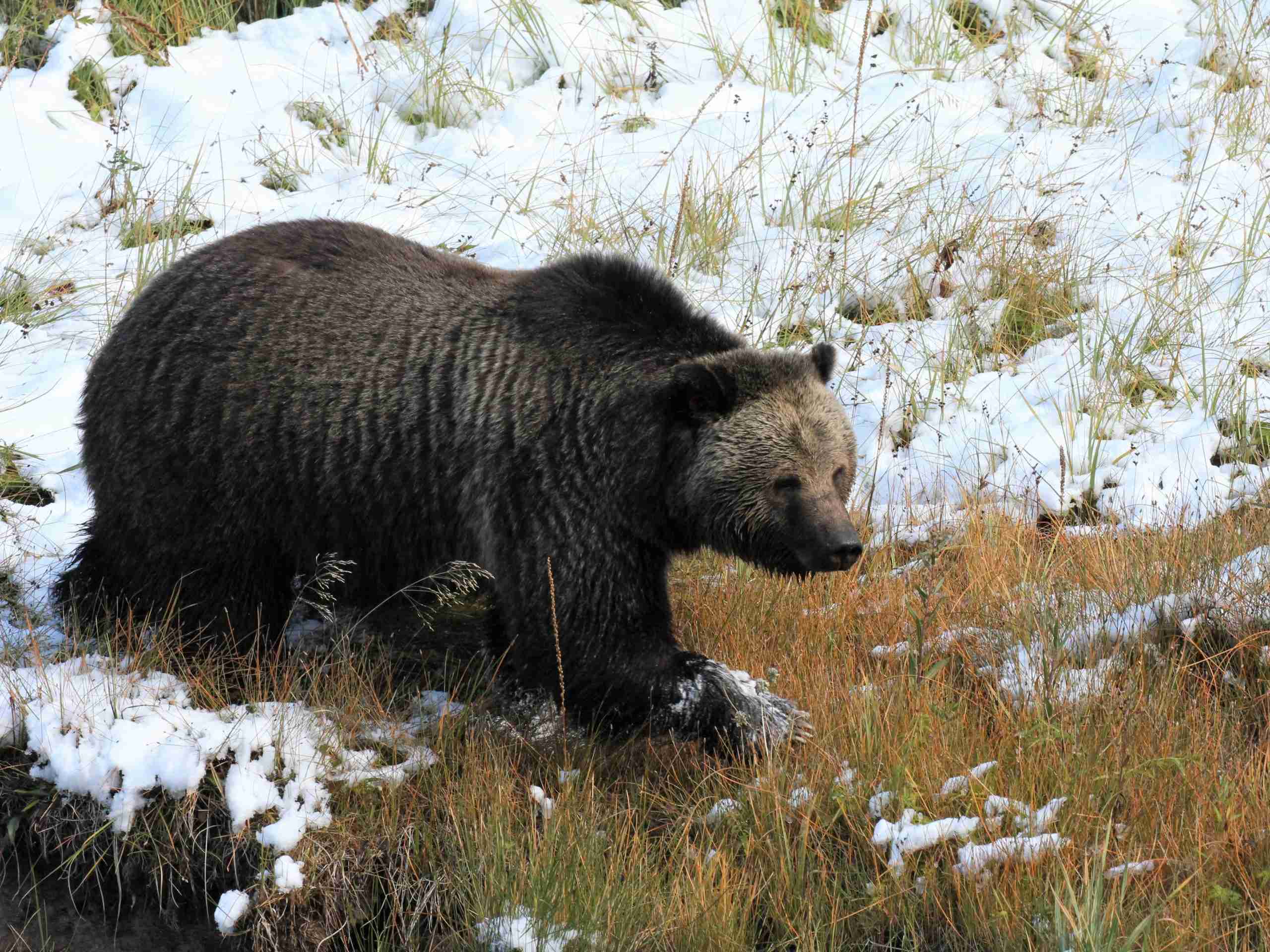 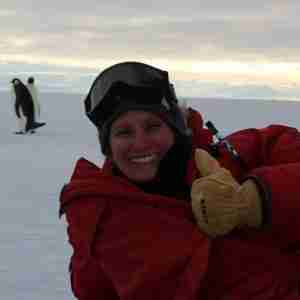 On a winter visit to Yellowstone, Cara was smitten by the wonder of this 'American Serengeti'. She wanted to help others to develop develop and feed their fascinations in the natural world. She has worked as a naturalist guide ever since. Cara is a qualified biologist (B.S. Aquatic Biology, M.S. Biology) with over 15 years of experience working in ecology and wildlife biology. Before finding her place in Yellowstone, she worked extensively in Redwood National Park in Northern California, the outback of Western Australia, and the jungles of Papua New Guinea.

When not guiding, she can usually be found doing construction on her cabin or hiking in the national forest around Yellowstone or indulging her travel habit in some far-flung part of the globe, usually somewhere there's good tidepools or snorkeling. 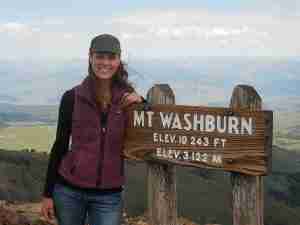 Nancy is an educator by trade and a naturalist at heart. She has been fostering passion for the outdoors and wild places since she first became a naturalist leader in junior high school. Before coming to Yellowstone, she was an English teacher and an Arizona Wilderness Steward, doing trail maintenance, eradicating invasive species, and reporting illegal use of wilderness areas. Now, she combines her experience in education with her love of the park to help lifelong learners look closely at nature. She takes her passion for the outdoors south for the winter, working as a naturalist in Arizona. She speaks Chinese conversationally and Spanish fluently. 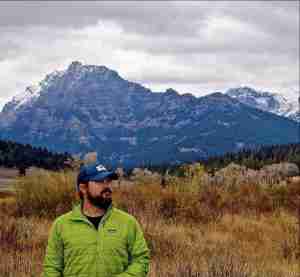 Growing up in Georgia, Garrett learned to appreciate the outdoors at an early age. He began backpacking with his father in the Great Smoky Mountains as soon as he was able to carry his own gear. By his early teenage years, he was identifying wildlife sign and wild edibles throughout the southeast.

After obtaining degrees in both biology and ecology, Garrett thru-hiked the Appalachian Trail, spanning nearly 2,200 miles from Georgia to Maine. While on the AT, Garrett earned the trail name "Professor", as he was always answering questions from other hikers about flowers, tracks, and scat.
Garrett began his career out west as a wildlife biologist tracking the endangered Sonoran pronghorn in southern Arizona. He has worked extensively with pronghorn, Canada lynx, wolverines, badgers, grizzly bears, black bears, bison, and countless reptiles and amphibians. His research projects have spanned throughout the west, including Glacier, Yellowstone, and Grand Teton National Parks. His passions for wildlife conservation, environmental education, and long-distance hiking have kept him in Montana for good!
In his free time, Garrett loves hiking with his two dogs (Addie and Hank) and converting his 1996 Dodge van "Big Red" into a 4x4 camping machine. 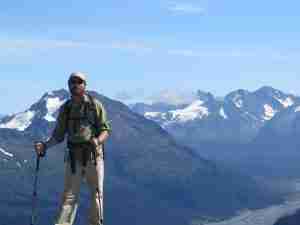 Mike Rosekrans has been leading trips and environmental education programs around the Western United States for over a decade. Growing up in the Great Lakes Region of the Upper Midwest, Mike took a keen interest in the natural world at a young age. He received his bachelors degree in outdoor recreation from Winona State University in Minnesota and promptly moved west to begin his career and pursue his passion of exploring and teaching in the mountains and forests of the Western United States. In 2016 Mike completed his graduate studies, earning an M.Ed from Western Washington University in Partnership with North Cascades Institute. While in graduate school Mike began developing an interest in the ecology and natural history of grizzly bears and upon graduation spent a summer season in Denali National Park before permanently moving to Yellowstone where he was able to realize his dream of teaching programs related to grizzly bear natural history while also developing and implementing curriculum-based youth programs within Yellowstone National Park. Mike is a passionate guide who hopes that in providing people with a more holistic view of the Yellowstone Ecosystem that people will be inspired to preserve, protect, and make sound decisions in preserving our natural world.